The Zakynthos club for UNESCO, in the wake of a civic program for Culture, which is one of the three fundamental pillars of UNESCO, is organizing for a second consecutive year a project concerning the Viual Arts, having as theme "Laganas bay: a place for giving birth, a place for dreaming, a place for reflection". The human subject has the need to construct a meaning for its own existence. The visitor coming in touch with the art work, re-makes it, along with its creator, assigning to the work a new meaning, his own. This subjective interpretation becomes a multi-faceted and priceless tool during the process of "feeling". The essence of aesthetic challenge and pleasure, passing through conscious and unconscious procedures of the visitor, carry us from evident subject-matter to worlds of symbol and allegory.

It is exactly at this point that Art’s possibility of renewing our cognitive relation with reality resurfaces. It is also something that everyday reality disrupts and trivializes.

Placing objects of Art in places where they unexpectedly enter the visitor's range of vision, taking note that we live at times of "inflated freedom," where materialistic wellbeing reigns, we wish to contribute in helping towards shaping the conditions for a "contemplative transformation of our life into bios."

I would now like to take a moment and express my deepest thanks to all the artists that took part in the Visual Arts exhibition of the Zakynthos club for Unesco, in the summer of 2018 and again this summer of 2019.

I would like especially to offer a heartfelt thanks to Costas Varotsos who embraced from the start our initiative and gave us the opportunity, by exhibiting his works and giving a public speech (Zakynthos 2018) to communicate with the poetics of his oeuvre. 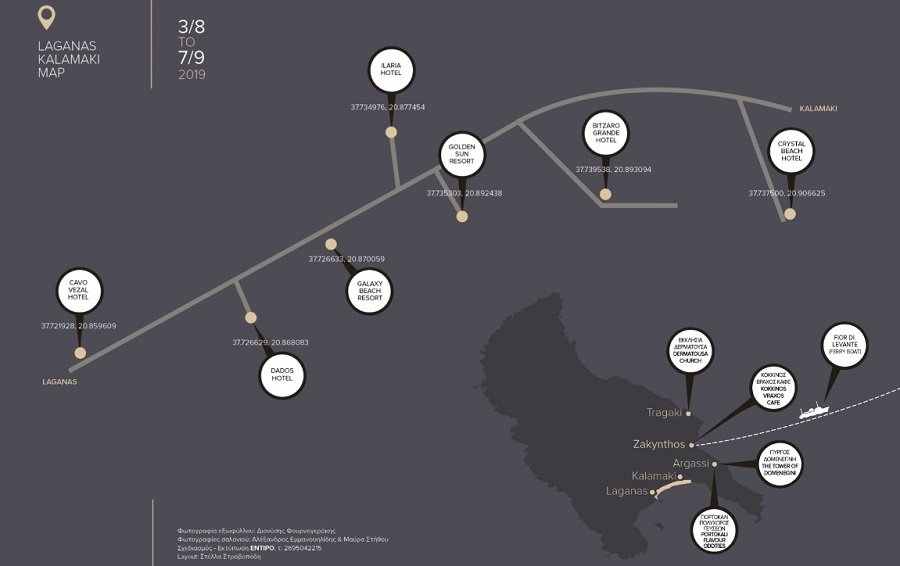 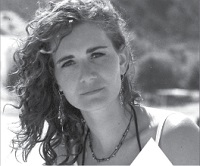 She was born and lives in Zakynthos. She studied painting and academic design with teachers Maria Roussea, Nikos Christoforakis and Tasos Rigas. She studied pottery (1992-1995). Since 1996 she has been creating decorative and useful ceramics in her own studio, where she has a permanent exhibition of her works. She has participated in group exhibitions in Zakynthos and Athens. She has been involved in educational school programs - children's workshops. 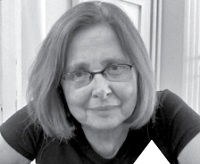 Iro Briskola-Tzinieri born in Athens, studied painting at Athens School of Fine Arts with teachers K. Nikolaou, G. Moralis, D. Mytaras and P. Tetsis. She attended the School’s mosaic and pottery workshops and worked in several archaeological sites for the Department of Mosaic conservation. She has taught History of Art & Free hand Drawing in secondary education. She has exhibited in both Solo and Group exhibitions. She lives and works in Athens and Zakynthos. 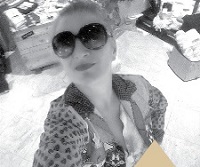 Angela Brisnovali was born in Greece. She studied Fine Arts and History of Art in the United States. She is a visual artist and since 2000 lives in the Cycladic Island of Syros. She is permanent faculty at the Department of Product & Systems Design Engineering of the University of the Aegean, where she teaches, Drawing & Color and Design Thinking. She holds a BFA degree in Painting and Art History from Pratt Institute-New York and an MFA in Combined Media from Hunter College-New York. In her journeys she explores the social and natural ecology and ways it is expressed through the geopolitical relationships of the people she meets. The installations and performances she creates are based on these explorations where she makes use of a combination of new and traditional means of expression in the arts and design. In her painting of recent years she focuses on the observation of the Greek natural environment, a Topos from where she exclusively draws her themes. Her artworks are part of private and institutional collections in the Americas and in Europe. 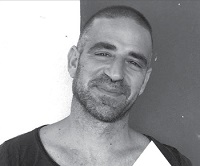 OANNES, a.k.a Yiannis Brouzos (born in Piraeus in 1977) studied Sculpture and Artistic Design, with the sculptor Babis Voutos. In 2002 he entered the "School of Fine Arts of Athens” (A.S.F.A.) where he continued his studies of sculpture with Prof. Thodoros Papagiannis. Scenography, Multimedia Art, Engraving and Painting, which he studied as well, influenced and influences his work till today. In 2009 he graduated the university with the highest degree. He did 5 Solo exhibitions all over Greece and in several collective ones. His sculptures are in several museums in Greece and in private collections all over the world. In 2017 he got the "First Price” for his art, by the Social Organization of the Island Symi. Public Places present his work as well. He is living and working in his Studios in Athens and Vienna. 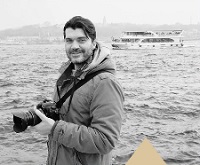 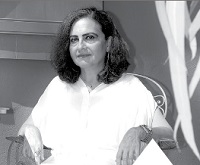 Eleni Gounari was born in Athens and lives in Zakynthos, Greece. She studied painting and scenography in the School of Fine Arts of Athens. She holds a Master degree in Administration of Civic Units.
She is a member of Pictorial Chamber of Greece. She has done seven Individual Exhibitions and has participated in over ninety collective ones in Greece, Europe and USA. Also, she has illustrated book covers, posters, and has made stage sets and costumes for theatrical performances She is a member of Cultural Associations, Art groups and many Art Committees and Councils. Her artwork has many times been awarded. Publications for her artwork are in newspapers and magazines. Her work is found in public buildings, private and public collections. 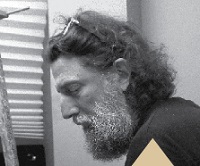 Babis Pilarinos was born on 1966 in Zante. He studied Physics. His professional activity is painting of (holy) icons and churches, landscape paintings, illustration of folktales books. He teaches Byzantine iconography in Athens, Zakynthos and Paris. He has made a total of fourteen personal exhibitions, in Zakynthos, Athens, Paris and Brussels. In Zakynthos he exhibits every two years an outdoor painting exhibition in a place of historic or natural interest for an evening in a concept to promote this place. 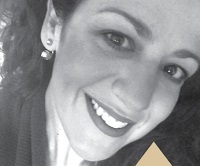 Elena Polychroniadis was born in Athens in 1977. She studied Business Administration. She attended painting lessons at the 'Free Expression' workshop, led by K. Afridou. She has participated in many group exhibitions and has made two personal exhibitions in Athens. Her works have been used on TV series on Greek TV. In recent years, she has delivered painting lessons to adults and children. She speaks English, French, German and Italian. 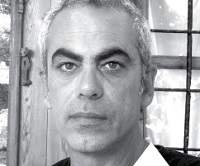 Alexandros Psychoulis was born in Volos in 1966 and has studied painting at the Athens School of Fine Arts. In 1997, he has been awarded the Benesse Prize for his work “Black Box”, with which he participated in the 47th Venice Biennial. He has presented many solo exhibitions. Today he is a Professor of “Art and Technology" at the Architecture Department of the University of Thessaly. http:/www.psychoulis.blogspot. 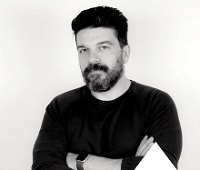 Konstantinos Rammidis was born in 1973 in Trikala, Thessaly. He studied Psychology at the Aristotle University of Thessaloniki. He dealt with painting by transferring his work to the canvas. His works are the connection of human psychosynthesis with the social, cultural and political phenomena of our times. He has participated in group exhibitions in Greece. 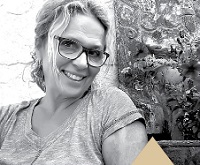 The ceramist artist Hanne Mi was born, raised and studied art (emphasis on painting and ceramics) and pedagogic studies in Oslo, Norway. Since 1990 she has been living and working in Zakynthos, Vassilikos. She participated in the Biennial of Spain, the Pan-Hellenic Maroussi ceramic Exhibition and the Modern Ceramics Exhibition in Pilio, Greece but also in Galleries in Norway. She has created a permanent and a mobile exhibition for the National Marine Park of Zakynthos describing the sea turtle life circle. Her works include large reliefs and sculptures. Her art is exhibited in private collections around the world from South America to the north of Norway. She has been teaching at the Austrian Summer Academy since 1994. 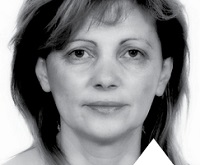 Sofia Sidiropoulou was born in 1956 in Argos Orestiko, Kastoria. She studied art in Accademia di belle Arti di Brera di Milano-Diego Esposito and she did her Master studies in Education, Teaching Arts and Special Education. From 1989 until now she has made two personal exhibitions and has participated in many group events in Greece and abroad. She has been awarded for her work in Greece and Italy. She was an artistic assistant in Patras festival. She is an active member of art community. 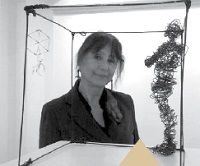 Vassiliki Sofra was born in Athens. Painting (1987-1993), Sculpture (1995-2000) and Engraving (1993-1995) at School of Fine Arts of Athens (Scholarship from National Foundation of Scholarships of Greece) Studies in Sculpture (1995-1997), in Hochshule der Kunste Berlin. Postgraduate studies in Basic and Applied Cognitive Science - National and Kapodistrian University of Athens. She is a PhD candidate on Neuroaesthetics from the School of Fine Arts of Aristotle University of Thessaloniki. She has made many solo exhibitions and has participated in many group exhibitions in Greece and abroad, among which in Belgium, Italy, Germany, Cyprus, Croatia, Turkey, Paris, New York, as well as, in big international exhibitions, as 3rd Biennale of Beijing (2008) and 4th Biennale of Maastricht (1993). Lives and works in Piraeus. 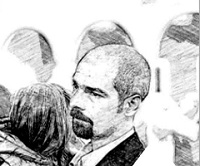 Anastasios J. Stamiris was born in Zakynthos at 1980. He created his first sculpture on stone at the age of seven. From 1999 to 2005 studied at the Technological Institute of Athens and he worked with significant Greek sculptors. The last two decades he is a professional sculptor. You can see samples of his work at his gallery at saint Dimitrios, Zakynthos. 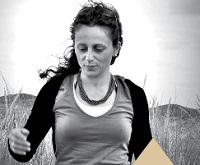 Mavra Stithou is an environmental economist with a strong interest in researching the relational associations between people and nature. Her research work is focused on exploring the value and benefits of the natural environment and its contribution to human wellbeing. Her recent work is mainly focused in the marine environment including management of protected areas. Mavra has a long-lasting relationship with photography going back to her youth. To her ‘making a photo’ {A. Adams) has a dual purpose. To explore and promote nature’s socio-cultural value but also to connect with inner self. As a result photography complements her research work in encapsulating intangible benefits related to nature such as aesthetic benefits, spiritual, cultural well-being, inspiration, sense of place. At a personal level, photographing nature is another way to connect with it and enter a meditative state. 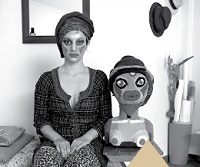 Grigoria Vryttia (born 1983, raised in Megara) is a contemporary Art-practitioner based in Athens. Her opus includes sculpture, design, painting, collage, photography and performances. In 2002 she was accepted by both major schools of Fine Arts of Greece and studied sculpture under professor and internationally known sculptor Fotis. Subsequently she got a Master's Degree in Fine Arts form Wimbledon College of Art U.A.L.U.K.with a scholarship from the Michelis Foundation. Works of hers are in public and private collections internationally. 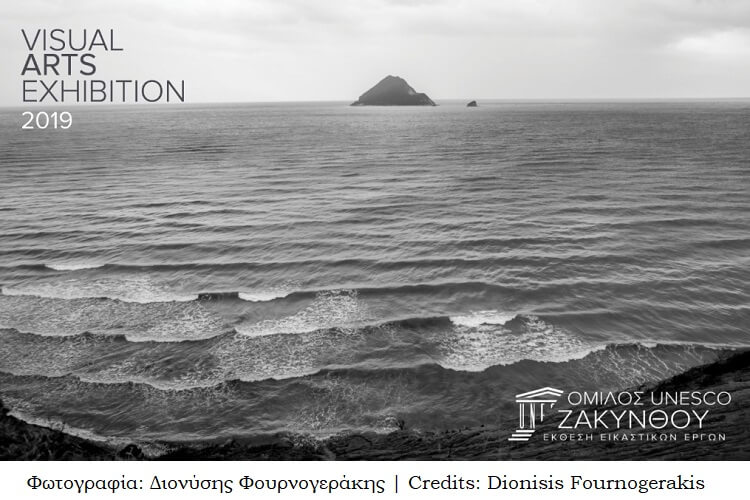